The Different Forms of Rogaine

Minoxidil is the primary ingredient in Rogaine. In the beginning only a liquid form of the product was available, and it was applied using an eyedropper. However, the propylene glycol in the product caused irritation and flaking. To remedy the issue Rogaine foam was introduced to the market in 2007. Drying times were minimized and irritation became a thing of the past. Furthermore, the foam version of Rogaine was a success, with FDA trials demonstrating superior results vis-a-vis Propecia, and the foam was found to be 25% more effective than its liquid form.

One of the benefits of Rogaine, when compared to other hair thinning products, such as Reviogen, is that it helps treat hair loss regardless of the cause. For instance, Reviogen only works for women who suffer from hair loss brought on by androgenetic alopecia (female pattern baldness).

One thing to take into account is that all forms of Rogaine for women will cause initial shedding. This is not a cause for concern, as your hair will become thinner initially before becoming thicker. The process of shedding and regrowth usually takes 3 months, with optimal results usually being noticed by most patients by the 6 month mark. Product effectiveness will usually peak by year 2, and Rogaine must be taken in perpetuity in order to maintain hair growth.

We would recommend the 5% foam version of Rogaine for women as it has been shown to be the most effective version for hair loss issues. It is unscented and should be applied once a day. We would also recommend the 4 month supply ($49.99) as it provides unrivalled value for your hard earned dollar. As mentioned, side effects are rare, but you should discontinue use if you experience low blood pressure, blurred vision, headaches, dizziness, or chronic fatigue. 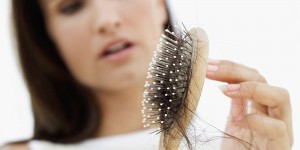